A pinch of humour against fears and stigmatisation

Millions of people worldwide are celebrating World AIDS Day again on 1 December. With light projections on public facades in Zurich and Geneva, Life Science Communication, supported by ViiV Healthcare, is once again setting an example this year.

The projections show with a pinch of humour that many fears surrounding the topic of HIV are outdated. In addition, reservations about people with HIV are cleared up in an entertaining way. Because only an open approach to HIV can stop the stigmatisation of people with HIV and prevent the transmission of the virus!

In Zurich, the light projection will be shown this year from 5 p.m. to 10 p.m. at the Helmhaus. In addition, Rail eBoards at Zurich Central Station and an online campaign in various German-speaking Swiss media will draw attention to World AIDS Day 2017.

In Western Switzerland, the façade of the Hôpitaux universitaires de Genève will be illuminated from 5 p.m. to 10 p.m.. During the day, a free HIV test campaign will take place in the hospital itself. The campaign will be accompanied by an online campaign.

World AIDS Day is one of the most important and also most renowned World Health Days of the WHO/UNAIDS. The light projections have a long tradition worldwide – thanks to ViiV Healthcare they have also been present in Switzerland since 2015 and have received great attention.

We look forward to welcoming you on 1 December 2017 as part of our light projections for World AIDS Day! 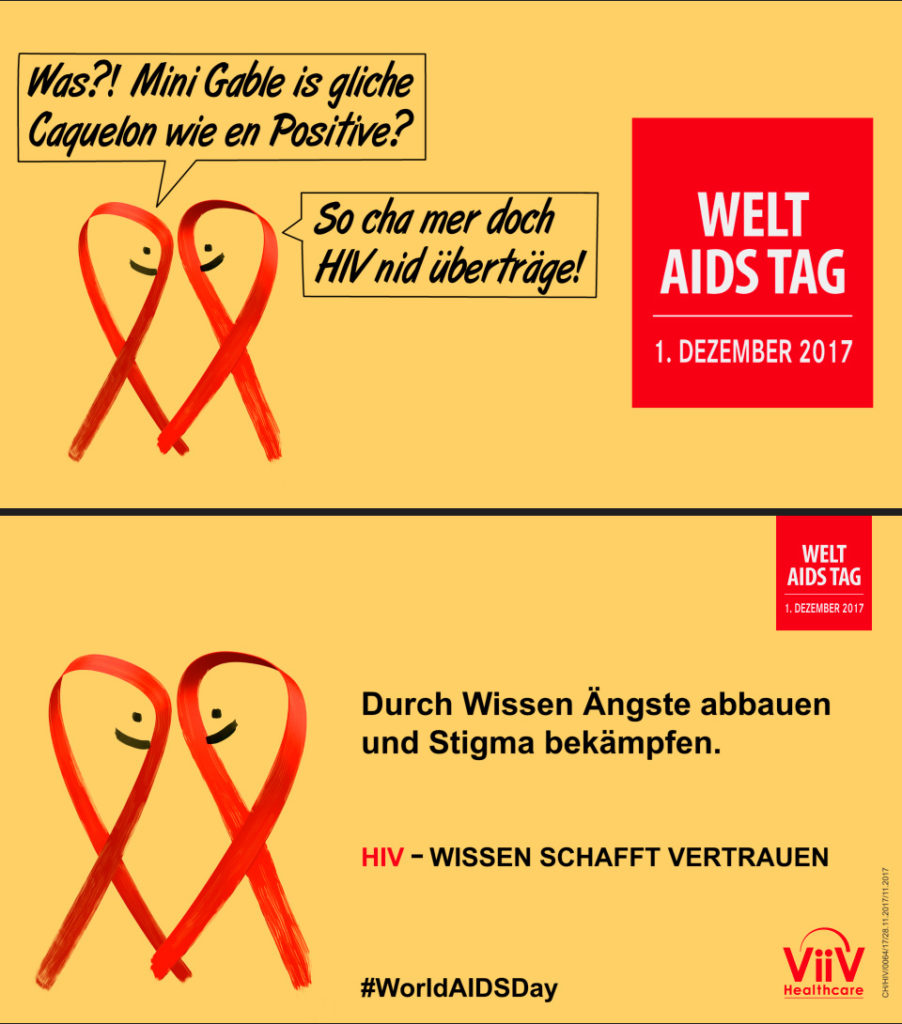