People with mental illnesses often suffer in two ways: from their illness and from the convulsive game of hide-and-seek. Shame and fear of a career break or job loss make this a particularly taboo topic at the workplace. More and more often, young people fall ill during the vulnerable phase of their career entry: one in five young people in Switzerland suffers from a mental illness.

This is why the focus of the third campaign year of «Psyche ill? No taboo!». The five-year campaign (2013-2017) was developed by Life Science Communication on behalf of the Werner Alfred Selo Foundation and aims to break the taboo surrounding mental illness.

The former gymnast Ariella Kaeslin also experienced an exhaustion depression during her sports career. To help other young people, she supports the campaign as an ambassador. The campaign offers new support for employers, educational institutions and young people. In addition to checklists and guidelines, comic clips and «talking» mobile phone batteries make the complex topic easy to understand. The Migros and other enterprises already use the firm line of the campaign and register first successes.

Companies and vocational schools are invited to tackle the issue of mental health and take part in the campaign. Contact and campaign orders: www.kein-tabu.ch 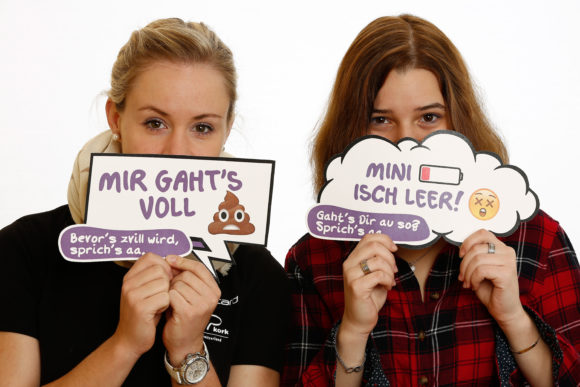