The pride ouest, which took place in Bern at the end of August, attracted around 8,000 participants and onlookers. Celebrations were held on the Bundesplatz, Waisenhausplatz and Progr-Hof in summer temperatures. Among the highlights were the performances on the big stage on Bundesplatz, which were opened with a speech by Federal Councillor Simonetta Sommaruga.

Life Science Communication was present this time with two information stands. At the stand on Orphanage Square, visitors were able to take a virtual ride on the surf board and received information on the 90-90-90 goals of UNAIDS and on discrimination against people with HIV.

Even National Councillor Mathias Aebischer was able to explain exactly what the 90-90-90 targets are all about at the stand on Bundesplatz: By 2020, 90 percent of people with HIV should know about their infection with the help of the 90-90-90 targets. Of this group, 90 percent are to have access to HIV therapy and 90 percent of those receiving HIV treatment are to have an undetectable viral load in their blood. The transmission of the HIV virus is thus prevented.

Switzerland has achieved the last two goals, but only about 82 percent of people with HIV know their status. For this reason, Checkpoint Bern carried out free HIV tests on site, which were used by around 100 people.

The Life Science Communication stand appearances were organised together with PINK CROSS and ViiV Healthcare supported the free test campaigns at Checkpoint Bern. 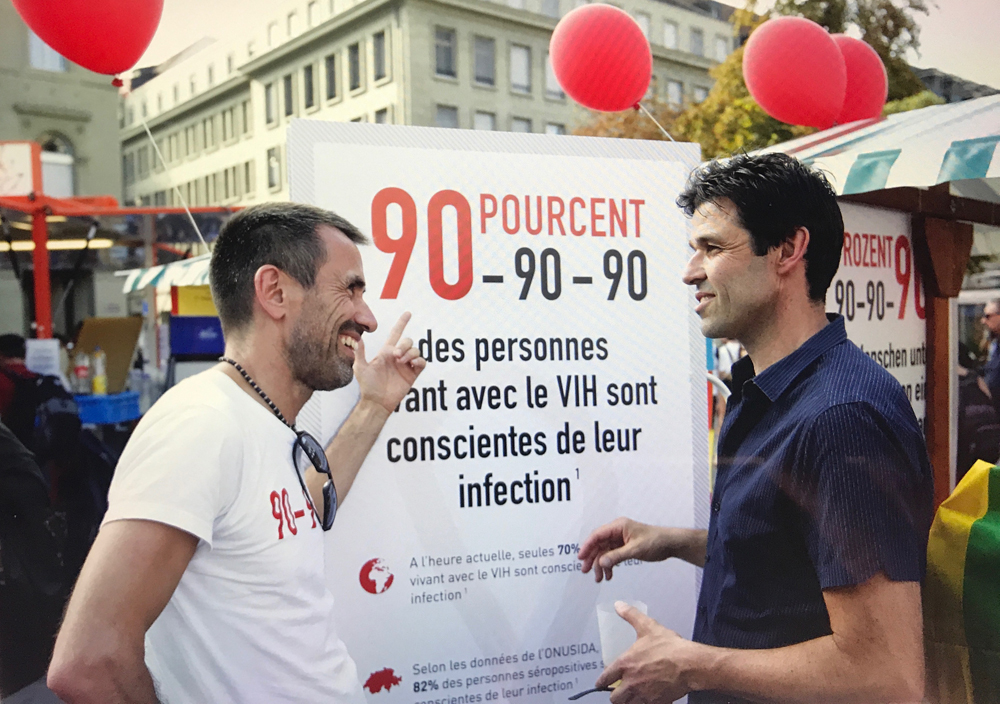 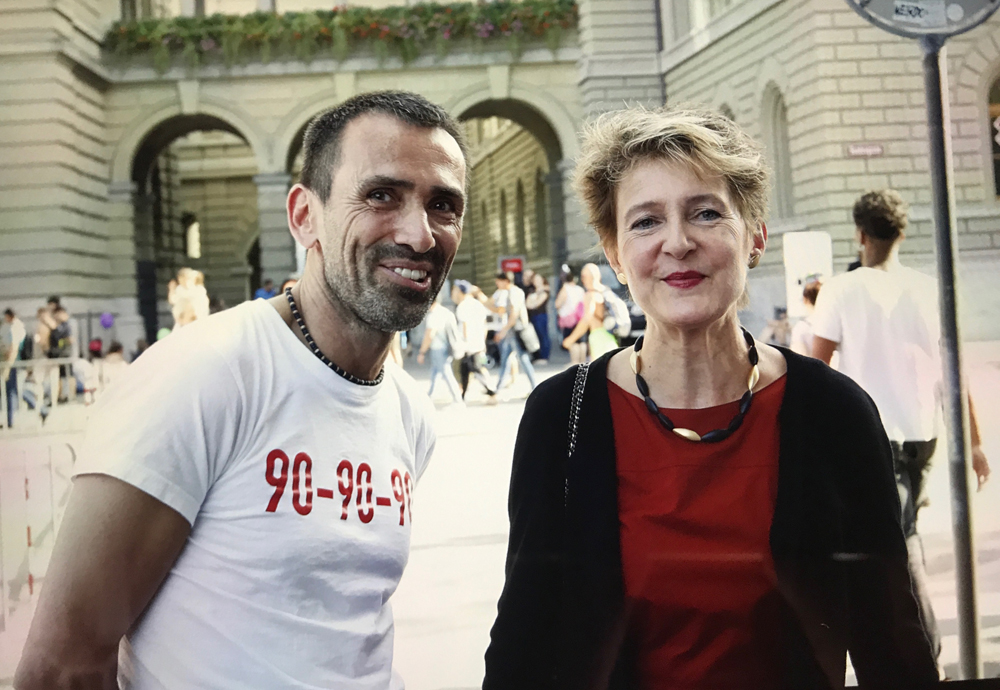 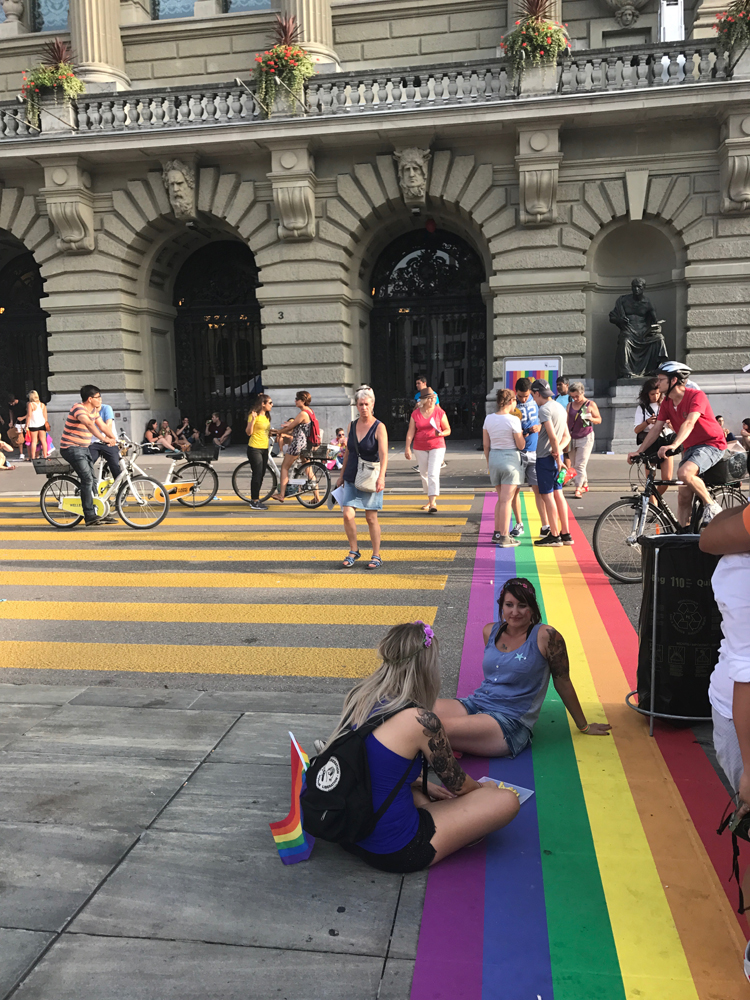 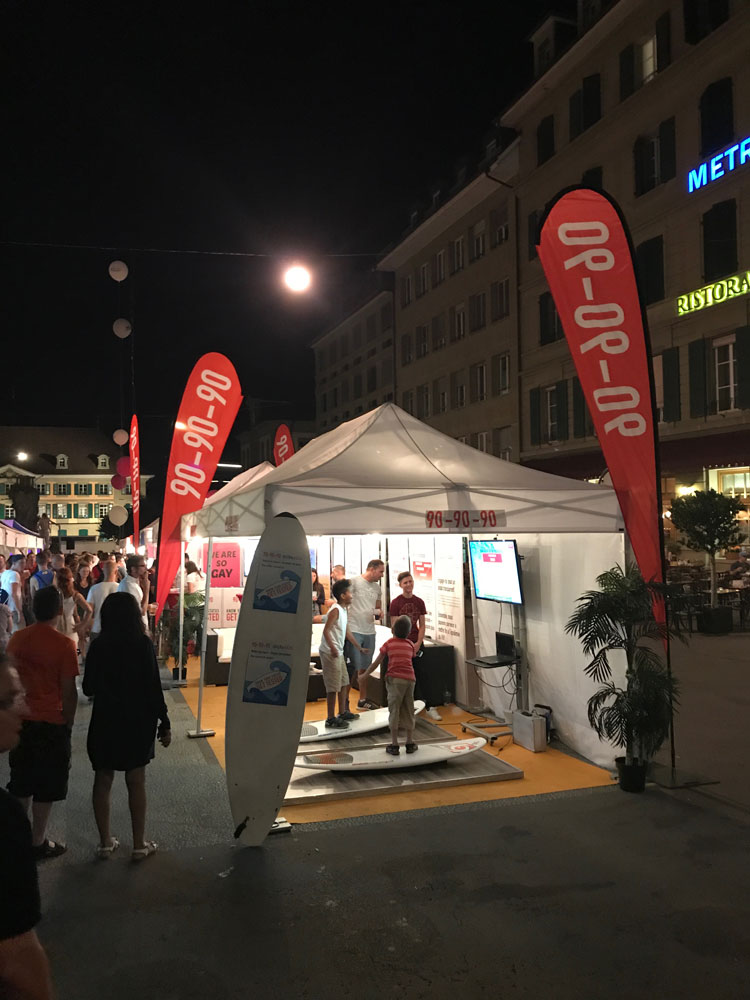 The stand on the orphanage square was well visited until late into the night.