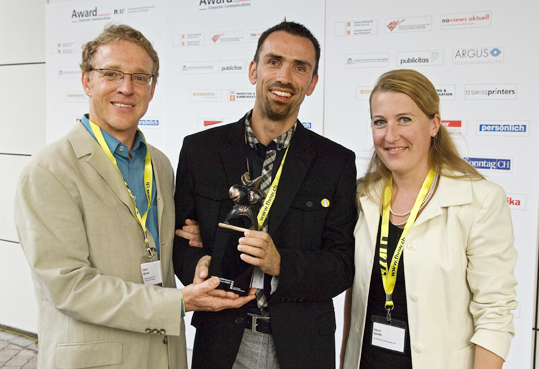 The Swiss Award Corporate Communications is the most important award for PR and communications. It will be awarded yearly for integrated communication campaigns. The award wants to encourage the intern and extern communication in the economy and plubic administration. In 2008 Life Science Communication won the award and the special trophy Golden Communicator for their integrated marketing campaign «MISSION: POSSIBLE» on behalf of the client Swiss Aids Federation. The prevention campaign  was adressed to Men who have sex with Men. The campaign worked with a Multimedia web platform, which included different tools like Blogs or competitions.